Cycling Along the Khadakwasla Backwaters

When you reach the Khadakwasla dam from Pune city, most people typically take the route to the left, which goes on to Sinhagad or the Panshet dam, both lovely, must-do cycling destinations. However, to the right of the dam, is a far more scenic, backwaters route, perfect for an easy ride with no particular stopping point. Watch the video below where I cover this route, stopping at, “Bird Watch Point”, in a village named Sangrun.

Some quick stats, before we delve into the details of this route. The typical route length from the center of Pune along the backwaters to Mutha and back ~ 50-80km. Read on for some of the possible variations:

Cycling along the backwaters is idyllic – roads are not too wide and in a good state of repair, there’s ample tree cover, and most importantly, not much traffic. This is in contrast with the road on the other side of the lake, a similarly scenic route, but with more motorized traffic to deal with, you’re also typically not as close to the water body as you are on this side.

You can try going off-road all along the route, but I haven’t had much success, as most of the paths closer to the lake can’t be ridden for too long, you either hit water or dense vegetation. Still, worth trying, and let me know if you find a good route, please!

The backwater route offers several stopping points, like the villages of Kudje, Mandvi, and the bird watching point at Sangrun. There are couple of climbs as well, like a truly superb climb to the Jarsheshwar temple. While riding, you’re either seeing the Khadakwasla lake on one side, or mountains on the other – saying this is a scenic route, especially during the monsoons, would be an understatement. 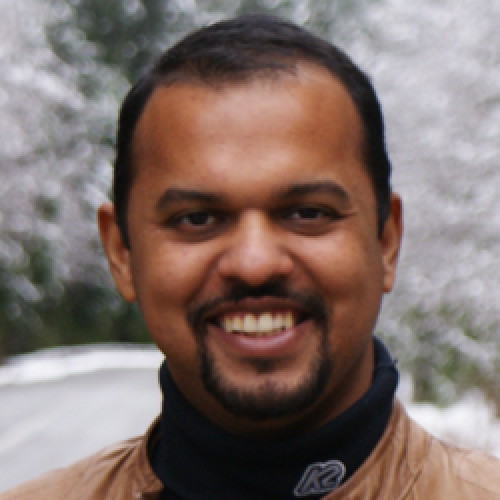 Brianhttp://www.strava.com/athletes/20786130
Rides a Scott Sub Cross 20 - wants you to stop staring at your phone, get on your bike and start splorin. With a focus on quality miles, he hopes to take you to fantastic destinations, through lovely routes, and help you make the most of your precious bike-time.

How to Make Cycling More Fun

https://youtu.be/QFZXWlJ1XJg If you find yourself getting a bit bored when out on your bike, or lacking the motivation to even get out of your house, here are a few tips that will help you keep...

How to Add Missing Trails to Maps

When you're looking for a new ride, especially one that's off-road, you probably go to your favorite mapping tools in order to prepare your route. For example, if you try to find an over-the-hills...

Three Climbs and Change, in Pune – Epic Ride of the Week, Episode 4

If you're a serious cyclist in Pune, you've probably heard of Jan Ekern - if you haven't, well ... you're not serious! Okay, I'm just kidding - Jan is a fifty year old cyclist...

What's the longest you've been out on a single day ride? How do you feel about nineteen hours? Our rider this week, Abin Jose, left home just after 4 in the morning and got...

Do you like riding up hills on your cycle? Think carefully before you answer this one, because this week, we aren't going to ride 8 km up Sinhagad, 25 km to Coonoor, or 40...

How to Make Cycling More Fun

How to Add Missing Trails to Maps

Three Climbs and Change, in Pune – Epic Ride of the Week, Episode 4

Stages of Buying a Bicycle ... WITHOUT Your Wife's Permission
00:57

Use this Awesome Cycle Service App to Schedule and Track your Bike Maintenance
04:51